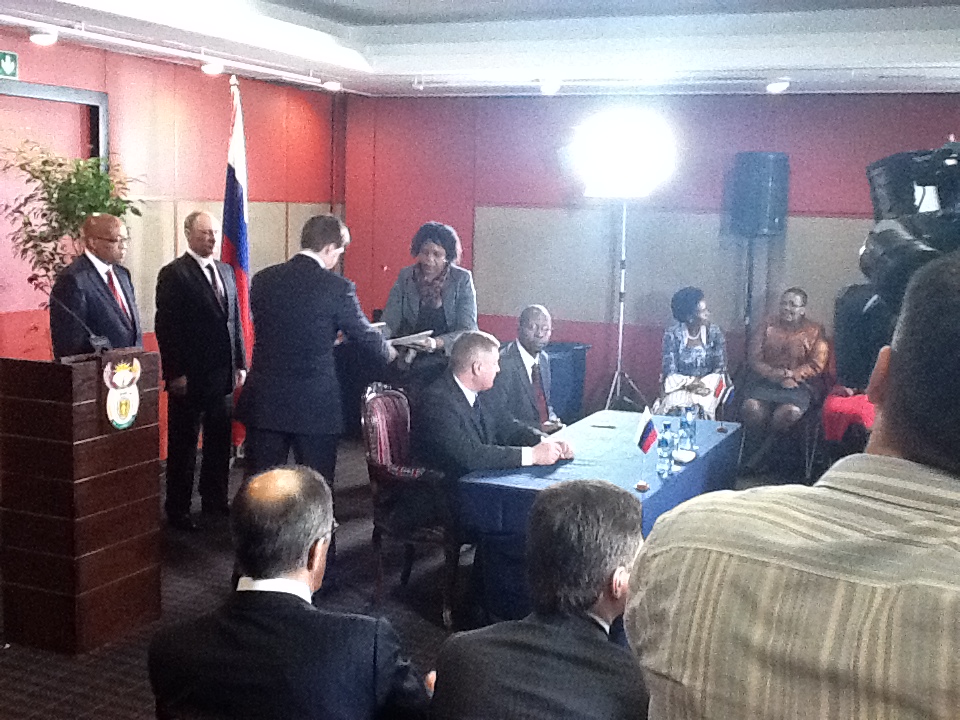 Posted at 12:59h in News, Space Operations by Vaneshree Maharaj

Four months ago, the South African National Space Agency (SANSA) and the Russian Federal Space Agency (Roscosmos) signed an agreement on the RadioAstron space satellite. Under the agreement, Roscosmos will provide the hardware for upgrading the tracking station
(antenna) for compatibility with RadioAstron, while SANSA will install and maintain the upgraded hardware and operate the tracking station.

To find out how the project has been since the signed agreement by the two BRICS members, we spoke to Shravan Singh, Radio Frequency Engineer (responsible for the technical side of the RadioAstron project) at SANSA Space Operations.

Tell us about the project?

Roscosmos launched the RadioAstron satellite on 18 July 2011 as part of Russia’s astrophysical project. It carries a radio telescope that will obtain images and coordinates of various radio-emitting objects. It is also used for very precise observation of deep space.

When they put it up they needed a ground station on the Southern Hemisphere, so they approached South Africa with the proposition of being one of the stations for the satellite. Together with Russia, and another Ground station in the USA, we form a network of space tracking stations that can provide telemetry and tracking functions for the satellite.

What are some of the exciting things about this project?

With an orbit that will extend as far as 350,000 kilometres, Spektr-R is one of the furthest radio telescopes from Earth at the moment. Spektr-R is the first satellite in the RadioAstron project. The RadioAstron mission will support and enhance investment in radio astronomy infrastructure in Africa, contributing to capacity building and socio-economic development on the continent. RadioAstron will complement other radio astronomy facilities in Africa like the Square Kilometre Array, enhancing the continent’s reputation as a premier destination for radio astronomy.

What does this project mean for South Africa and Russia relations?

This bodes well for the two countries relations. In 2006 the South African and Russian governments signed an agreement to cooperate on the exploration and use of outer space for peaceful purposes. South Africa and Russia further cemented their relations when President Jacob Zuma hosted his counterpart Vladimir Putin on the margins of the fifth BRICS summit earlier this year in Durban. As the newest member of BRICS, working a project of this nature means paving the way for the two countries to work together on the development of science and space technologies.

What are the latest developments?

My recent visit to Russia confirmed that Roscosmos intends to be true to the signed agreement. They were busy preparing the hardware for upgrading the tracking station (antenna) that we will need for the ground station.

A Russian delegation from their space agency is planning a site visit and inspection during September 2013. The South African radio astronomy community and the space sciences will benefit greatly from this project. The SKA will be one of the biggest users of data that SANSA would have collected from the RadioAstron satellite.

Success in this project means that SANSA can be selected for further RadioAstron missions, including Spektr-M, a more accurate and advanced satellite to be launched in 2019.