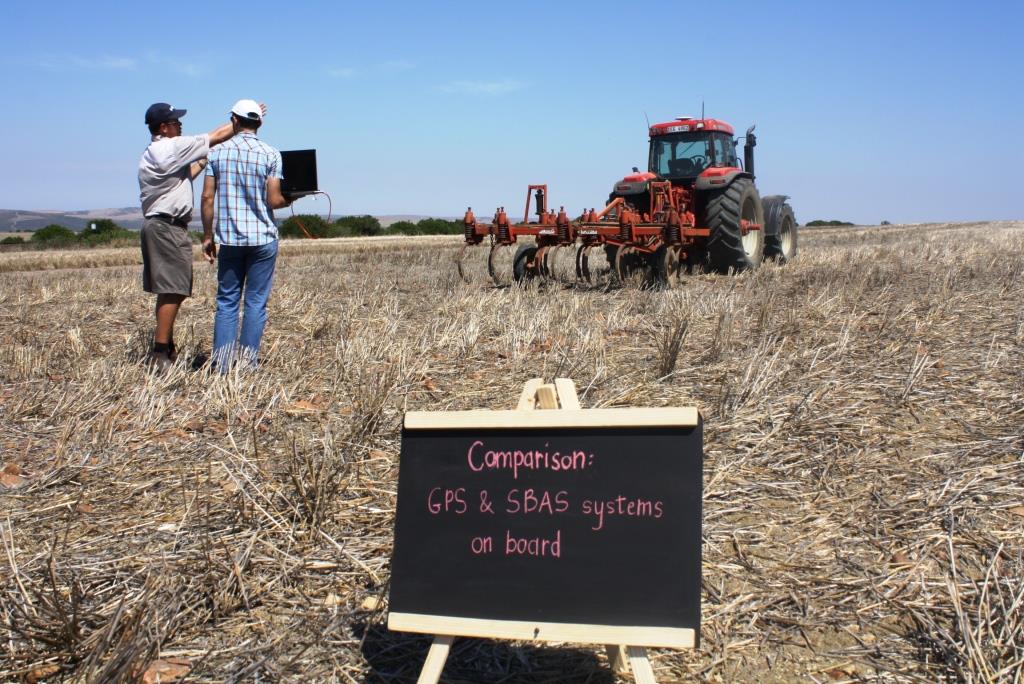 Posted at 07:29h in News, Space Operations by Vaneshree Maharaj

SANSA’s Navigation unit completed three Satellite Based Augmentation System (SBAS) trials during the months of February and March 2013. Together with the trials, a Lead User Group meeting was held at Hartebeesthoek to confirm user requirements and illustrate the importance of this development to Treasury.

The first trial was held in Heidelberg from 26-28 February 2013 and was based on Precision Farming. Following that, the second took place in Gauteng together with Tracker; and the final GIS trial took place at the Kruger National Park in March 2013. The trials objectives were to illustrate the necessity of an improved navigation system, by comparing the results of a normal GPS to that of the SBAS.

For the Precision Farming trial, a tractor equipped with both the standard GPS as well as the SBAS was driven along specified lines on the farm. To test their accuracy, breaks were taken in between and the ‘same’ positions resumed  simulating a typical farming pattern. Results from the trial prove that the SBAS unit is indeed more accurate than the current GPS being used; and that the system could potentially eliminate several challenges faced by farmers.

“Mainly wheat farmers make use of GPS alone for auto guidance of the tractors and Variable Rate Application (VRA) of lime, pesticides and fertilizer,” explains Eugene Avenant, SANSA Space Operations Chief Engineer and project representative. “The VRA controllers can control up to 16 nozzles on the beam and so for these applications, pass-to-pass accuracy is very important.” In addition, farmers have a major problem with poor GPS repeatability  with the same passes of the tractor in the field giving different routes on the farm map. “It is hoped that SBAS will make a difference to yield monitoring and mapping and possibly result in vertical information being beneficial, as a number of farmers’ base maps are already in 3D,” he adds.

In South Africa, the main objectives of the dissemination activities of the SBAS Awareness and Training in South Africa Project (SATSA) are twofold. The first is to inform political stakeholders in government departments of the progress made related to SBAS training and trials in South Africa; and the second is to raise awareness of EGNOS for South Africa (EGSA) among potential user communities in the country.

The following illustrates results obtained from the Precision Farming trials:

Comparison of the Vertical Error in GPS and SBAS modes 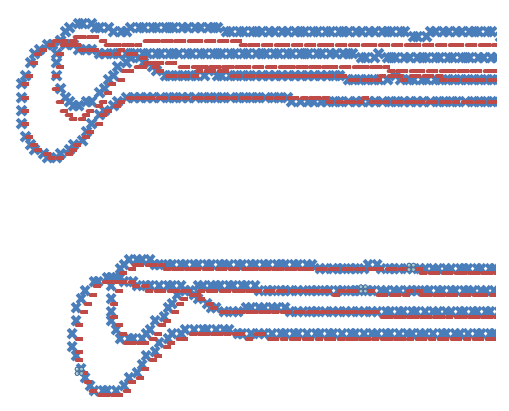 An enlargement of the previous figure

Important to notice from these results is the comparison of the alignment of the tracks with the reference track. “As can be seen in the images, the SBAS corrected track gives a much better alignment with regard to the reference track, when the tractor turns to start a new pass. These results demonstrate exactly what we proposed the advantage of using SBAS would be,” concludes Avenant.

As an entity of the Department of Science and Technology, SANSA has been given the technical responsibility for EGSA. The trials were conducted by a team made up of local and international expertise including Spanish GMV (SBAS), ND Consult (GIS and Earth observation market analysis and applications), Italian Alpha Consultants (study on SBAS in South Africa and Africa) and CLM (distributors of Trimble navigation equipment).