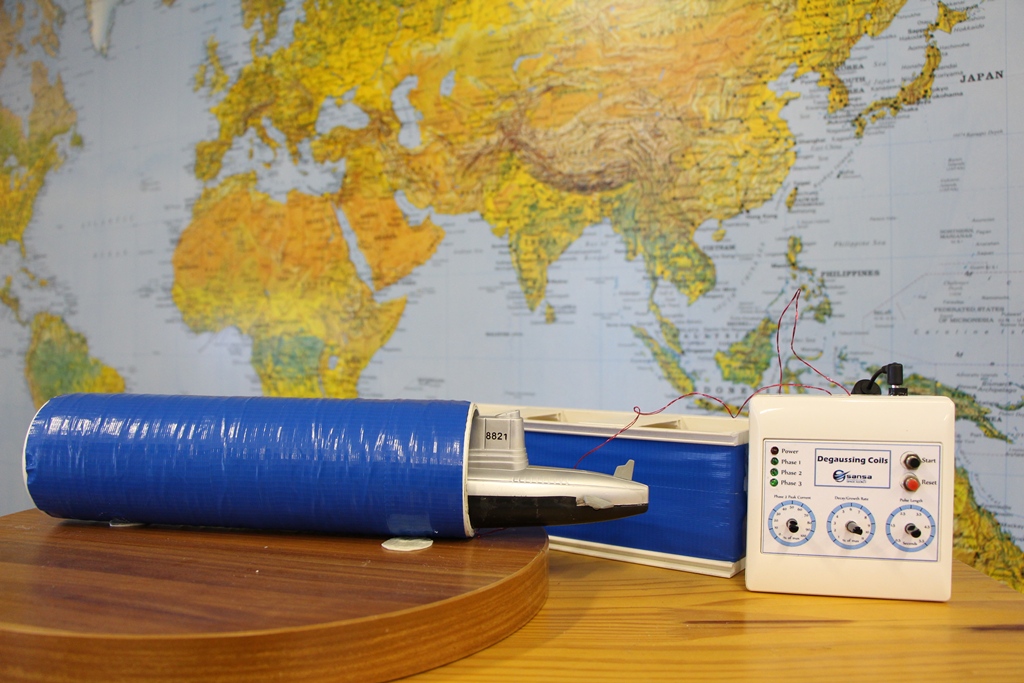 19 May Demagnetising Ships for the Navy

Posted at 16:37h in News, Space Science by Vaneshree Maharaj

Larger ships have DC coils systems built into the ship in various locations, which create a field equal and opposite to the ships permanent magnetic field, known as degaussing. However, using degaussing coils in a surface ship can only compensate the ship’s own magnetic field to a certain level and thereafter the vessel has to undergo a deperming procedure in a dedicated deperming facility.

During the deperming procedure large coils are wrapped around a ship and DC currents are used to cancel the remaining permanent magnetism of the ship. The process is repeated a number of times slowly whittling down the permanent magnetic field of the ship, making it “magnetically invisible”.  The ship is then able to pass over mines and other magnetic sensitive devices without triggering them.

Emile Lochner, a physics and engineering student currently working on his Master’s degree at SANSA Space Science, has developed a small scale model of the Flash D deperming procedure.  The model demonstrates how the procedure can be used on a larger scale for applications such as degaussing or deperming ships for the Navy. 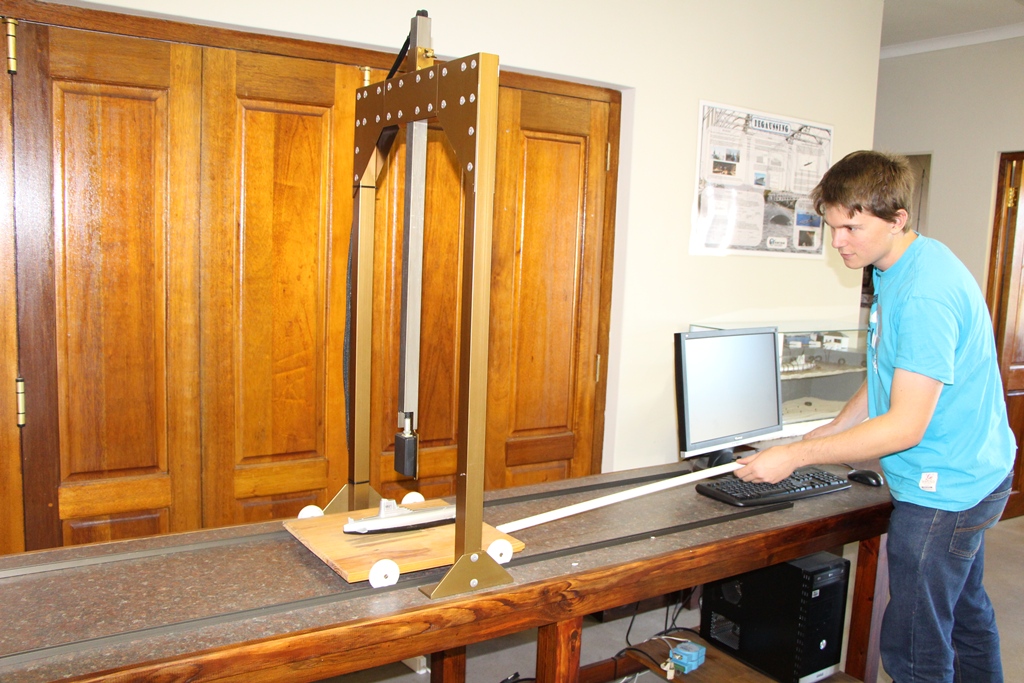 The model ship is placed in the degaussing coil system designed to reduce the magnetic signature of the ship.The ship is then tested using a magnetic sensor to determine if it has been sufficiently degaussed.

Emile obtained a BSc in physics from Rhodes University, after which he made the leap to engineering completing his bachelor’s degree in electrical engineering at the University of Stellenbosch.

SANSA provides opportunities for students to work with highly sensitive and specialised equipment in an engaging and friendly environment. Working with SANSA has allowed Emile to build good rapport with fellow scientists and engineers in the field of Space Science and has boosted his confidence in the work place. He describes his future goals as wanting to combine physics and engineering with the hope of developing new scientific instrumentation.  Emile’s advice to aspiring engineers is not to be afraid of approaching people or of failure as this is how you learn.