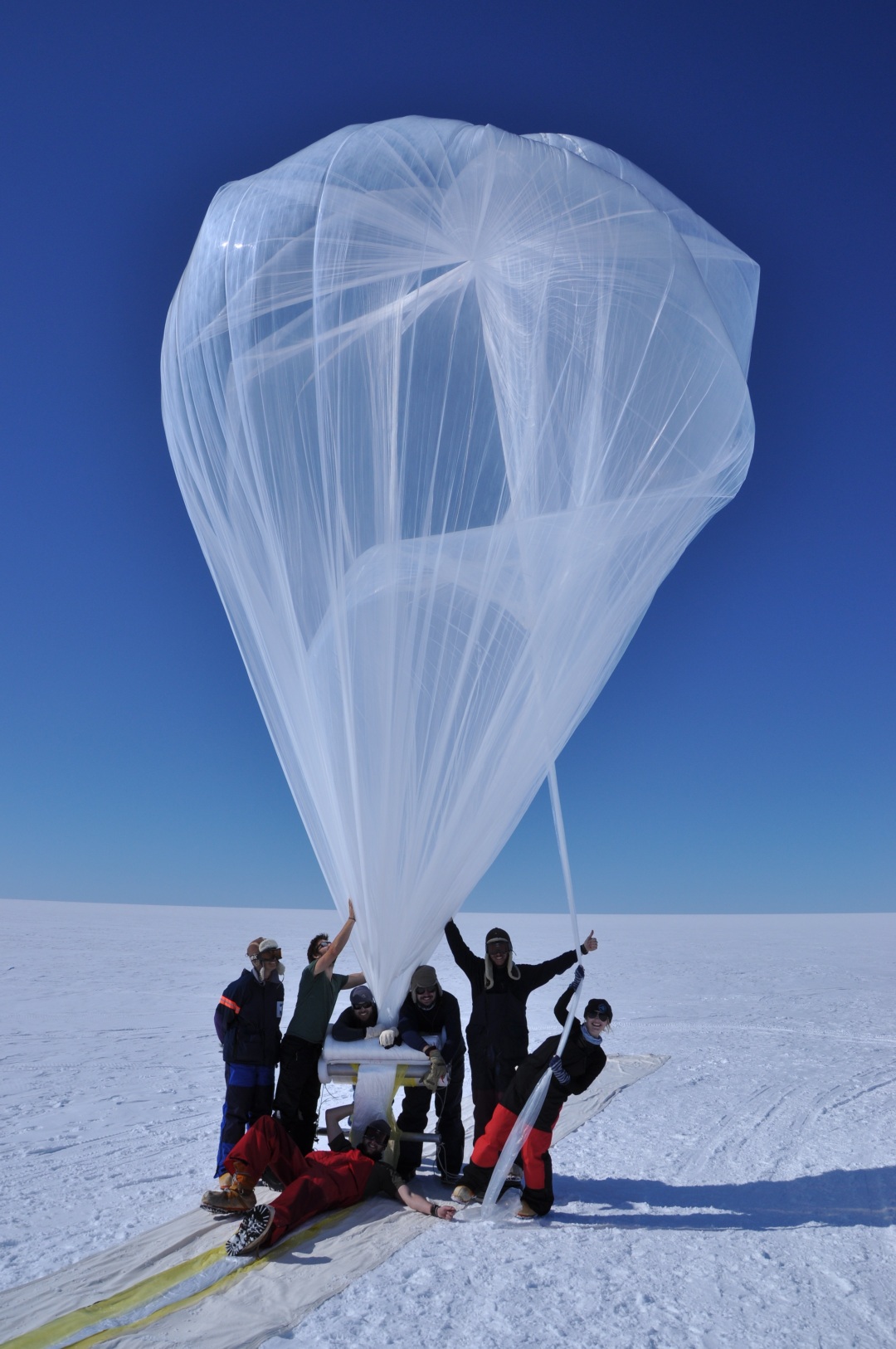 03 May Launching Balloons in Antarctica

Posted at 10:03h in News, Space Science by Vaneshree Maharaj

SANSA Space Science is a key player in the South African National Antarctic Programme (SANAP) and has several on-going space science and space weather related projects in Antarctica, as well as Marion Island and Gough Island.

SANSA is particularly interested in Antarctica research because it is an ideal location for scientists to study space weather. The inward-curving magnetic field lines at the pole provide the perfect opportunity to do space particle research. This opens up a unique window into geo-space, which allows SANSA to study the Earth’s magnetosphere, ionosphere and other related space weather phenomena.

During summer take-over at the South African Antarctic base SANAE IV, the SANSA Space Science team assisted in a NASA funded project as part of the first science campaign of the Balloon Array for Radiation belt Relativistic Electron Losses (BARREL) project.

The BARREL project, works in conjunction with NASA’s Van Allen Probes, two satellites currently orbiting Earth collecting data in the heart of the Van Allen Radiation Belts.  The project aims to track where radiation goes when it escapes the belts, as the charged particles within the belts can damage satellite technology. The data from BARREL payloads complement the satellite data, and help to fill in the space weather picture.

The team successfully launched 13 helium-filled balloons which are 40 meters tall, each carrying an identical payload to an approximate height of 38 km. The main objective is detecting X-rays produced by precipitating relativistic electrons as they collide with neutral particles in the Earth’s atmosphere.  This is best achieved over a period of 10 days in the thinner layers of our atmosphere which is why the payloads are sent up with balloons.

A second science campaign, consisting of an additional 20 payloads, is scheduled to take place during the 2013-2014 austral summer. Projects such as these are vital in understanding space weather conditions that affect satellites orbiting the Earth within the Van Allen Radiation Belts.