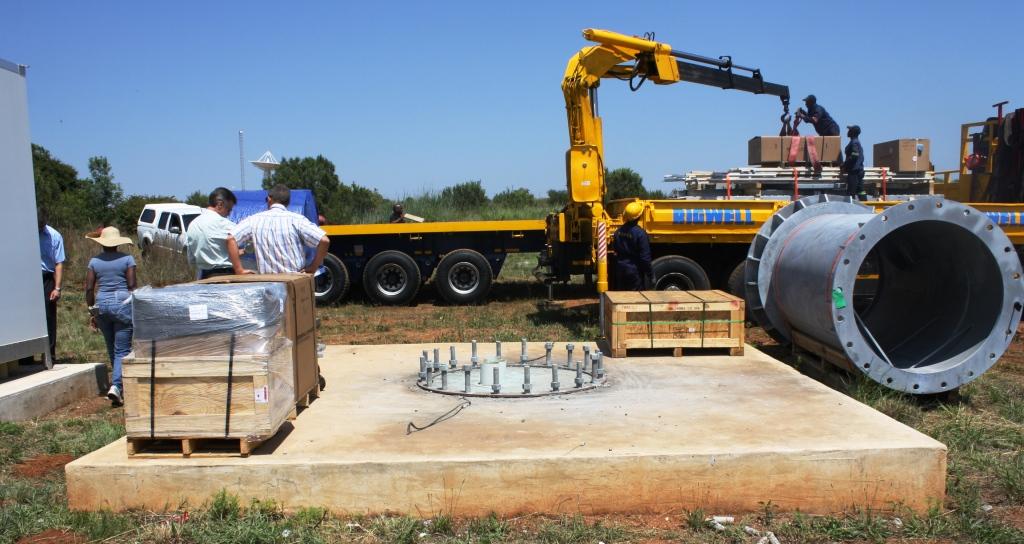 Posted at 12:49h in News, Space Operations by Vaneshree Maharaj

On Valentine’s Day 2013, the South African National Space Agency (SANSA) received an eagerly-awaited gift – a new Ku-IOT antenna. The SANSA Space Operations’ 9m Ku-IOT antenna is now being assembled by Stratosat on site, at Hartebeesthoek. The antenna’s foundation and equipment shelter were completed prior to the antenna and related equipment arrival, for installation.

This Ku-IOT antenna has been procured in response to the growing demand by satellite owners for ground facilities essential to test the in-orbit communications performance of new geostationary satellites.

The Ku-IOT is a limited motion antenna. It has Ku-band up and downlink, as well as DBS band uplink capability. Uplink performance is specified at an EIRP of 85dBW and downlink performance at better than 35 dB/K. The antenna will be linked into SANSA Space Operations’ new IOT facility once the facility has been completed.

The antenna is expected to be completed and tested by the end of April 2013, enabling it for its first mission.