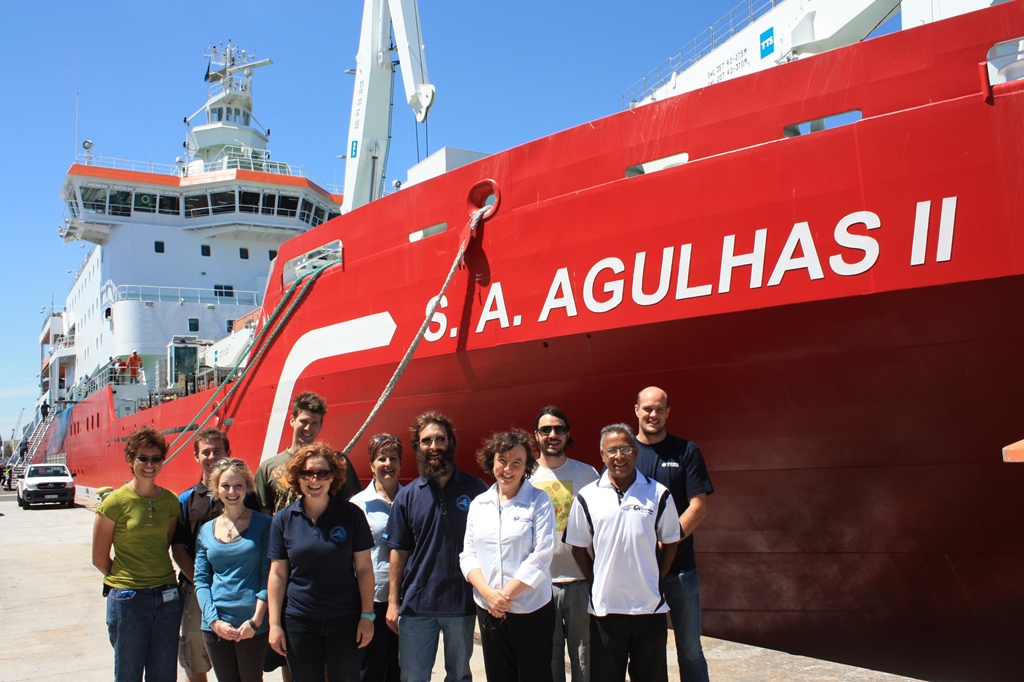 20 Jan SANSA Engineers off to Antarctica

Posted at 11:05h in News, Space Science by Vaneshree Maharaj

Embarking on a journey to the frozen continent of Antarctica is a once in a life time experience filled with mixed emotions of excitement and anxiety about what lies ahead.

Cornelia Oberholzer, Philip Mey, Padraig Riley, Paul McQueen, Nadia Hansa, Claire Antel, and Carson McAfee departed from Cape Town Harbour aboard the S.A. Agulhas II, on 6 December 2012. Cornelia and Philip will be staying at the South African base in Antarctica for 14 months while the remaining members of the SANSA team will be returning in three months’ time. The team will maintain and install new scientific equipment as well as collect data which contributes to space science research nationally and internationally.

The S.A. Agulhas II was recently built to replace the S.A. Agulhas following 33 years in service. The new state of the art vessel has been fitted with eight permanent laboratories and six containerised laboratories to help carry out mobile research.

“This will be the vessels maiden voyage to Antarctica and a true test of her ice breaking capabilities” said Mr Henry Valentine, Director of Southern Oceans and Antarctic Support for the Department of Environmental Affairs.

Dr Lee-Anne McKinnell and a few SANSA staff members joined the team at the Harbour to wish them well on their journey to Antarctica. “SANSA is particularly interested in polar research due to the Earth’s inward-curving magnetic field lines at the pole, which act like a funnel for charged particles emanated from the sun” said Dr McKinnell. “This concentration of charged particles is the perfect environment to conduct space weather research providing important insight into the effects of space weather on communication satellites.”

Antarctic team heads for the Ice
Living on ‘THE ICE’
Uncoiling an antenna in space
Understanding our space plasma
What’s on Marion Island?