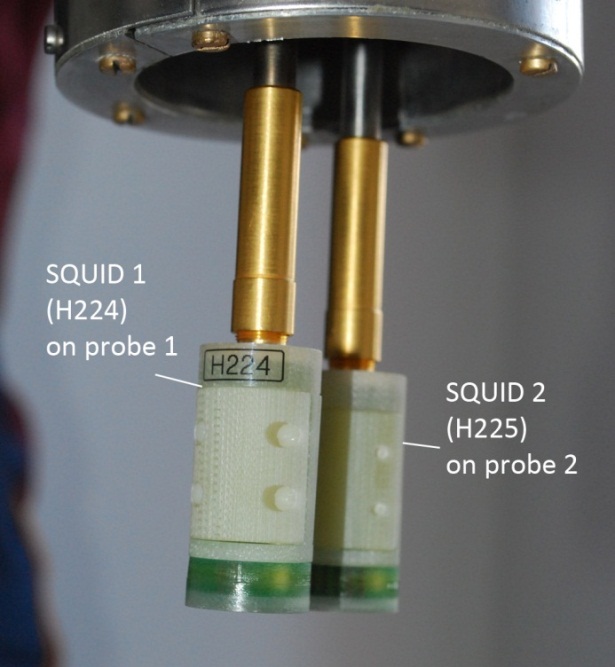 Posted at 14:31h in News, Space Science by Vaneshree Maharaj

The SQUID will also form part of a future network of SQUID sensors; aimed at measuring and predicting adverse space weather and other magnetic phenomena, specifically focussing on the magnetic signatures of seismic precursors. The first node of this network is a Low Temperature SQUID which has been operating for the last 10 years from a low-noise underground laboratory in France.

The SANSA SQUID magnetometer is inserted into a non-magnetic dewar with liquid Nitrogen and cooled to the operating temperature of 77K. The SQUID has two axes, but will be extended to three axes in the near future.

Although the output of the SQUID is still noisy, preliminary data indicates excellent correlation with observatory measurements of the local geomagnetic field.