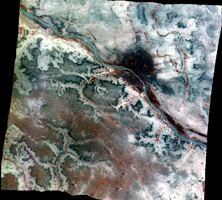 Posted at 08:11h in Earth Observation, News by Vaneshree Maharaj

The risk of natural disasters can be reduced by understanding our environment and the fundamental forces that shape it. Earth-observing satellites can provide vital information to mitigate and prepare for disasters.

To raise awareness and demonstrate the capabilities of Earth observation further, ESA has set up five urban risk assessment pilot studies in collaboration with the World Bank

Every year, the wet plains of southeastern Cambodia are subject to flooding from the Mekong River during South Asia’s monsoon season. The waters threaten infrastructure and crops, putting lives and livelihoods at risk.

But satellites provide data that can be used not only in Cambodia but also in many other high-risk areas around the world. These data can support risk assessment for a range of hazards, from hydrometeorological risks to geo-hazards such as landslides and terrain subsidence.

This was one of the topics discussed at the recent biannual conference on mapping global risk.

Held in Cape Town, South Africa earlier this month, the Understanding Risk Forum was organised by the World Bank’s Global Facility for Disaster Risk and Recovery.

The importance of Earth-observing satellites for improving knowledge of hazards and risks came into focus at the Forum’s Earth Observation session chaired by ESA alongside the South Africa National Space Agency.

Discussions concentrated on how satellite Earth observation can support scientists and operational users for a range of applications. This is the case for disaster prevention and preparedness, as well as the immediate response phase in areas affected by natural disasters.

The session gave the opportunity to unveil the final results of the two-year collaboration between the Earth observation directorate of ESA and the World Bank that focuses on mainstreaming Earth observation services and applications to support the international development community in a range of global risk management activities.

Satellite Earth observation is reportedly one of the pillars of the disaster risk management practice at the World Bank. For instance, in the event of natural disasters, satellite data are used to support large-scale emergency recovery programmes through a post-disaster needs assessment.

Satellite information is also increasingly included in risk mitigation and climate change adaptation programmes in a broad range of situations such as costal lowland subsidence and flood defence.

In the next few years, the ESA Sentinel satellites will be launched as part of the joint EUESA initiative on Global Monitoring of the Environment and Security (GMES) programme.

To raise awareness and demonstrate the capabilities of Earth observation further, ESA has set up five urban risk assessment pilot studies in collaboration with the World Bank.

This is part of an overall ESA initiative to demonstrate the potential of Earth observation services to support the operations of multilateral development banks such as World Bank, the European Investment Bank, the African Development Bank and the European Bank for Reconstruction and Development, among others.