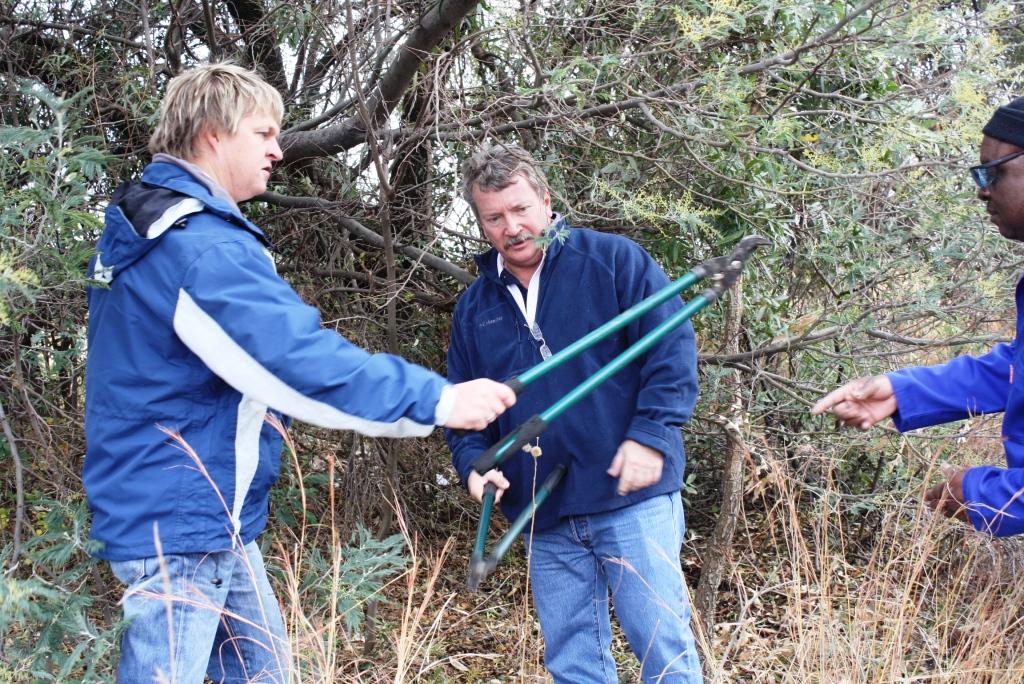 Posted at 07:48h in News, Space Operations by Vaneshree Maharaj

The 7 September 2012 was declared National Arbor Week. In support of this initiative, employees at the South African National Space Agency (SANSA) took a few hours off their busy schedules on Friday the 7 September 2012, and braved the cold weather to celebrate National Arbor Month by caring for the indigenous trees on the antenna farm situated in the Magaliesberg mountain range.

The aim of Arbor Day @ Hbk was to promote awareness for the need to plant and maintain indigenous trees throughout South Africa. “There were a number of invasive plant species that had to be eradicated,” explains George Baloyi, SHEQ Manager at SANSA Space Operations. “By celebrating Arbor Month, we at SANSA contributed to preserving our natural surrounding landscape, and we had fun doing so,” Baloyi says.

SANSA’s environmental management team marked all trees that had to be trimmed as well as the invasive shrubs that needed to be removed. All Space Operations and Earth Observation employees on site were divided into two groups and the cleaning process began. The one group started near the Ka-Band antenna and the other group; near the 12-metre antenna. “This is one of the many ways in which SANSA is improving its green footprint,” Raoul Hodges, Managing Director of SANSA Space Operations added. “From now onwards, we plan to take part in National Arbor Month every year.”